This application note aims to showcase using Photoneo’s 3D MotionCam for applications with large moving applications, such as car inspections.

Ride-hailing services, such as Grab and Gojek in Singapore, have been increasing over the years. As there are more drivers on the road, car rental companies have also seen an increase in demand for cars. However, these cars have to go through manual inspections before they can be rented out to other customers, to make sure the vehicle was returned in the same condition as it was borrowed. This procedure can be quite time-consuming and sometimes result in human error, which might implicate the next user.

As a result, more car rental and vehicle inspection companies are looking for hardware that allows them to scan high-volume objects at high accuracy when they are in arbitrary motion. Hence, what would be a viable solution to this problem?

In this application note, we used a Photoneo 3D MotionCam L scanner to capture defects on cars. 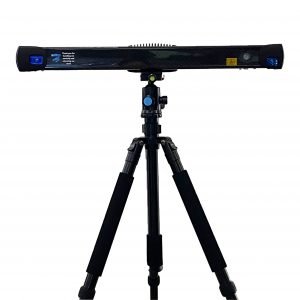 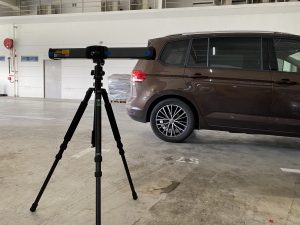 The Photoneo 3D MotionCam Scanner is available in both mono and color. Although some features are similar to the Photoneo Phoxi 3D scanner, the 3D MotionCam is able to capture images while the object is moving. The Photoneo 3D MotionCam Scanner has a large field of view and a scanning range of up to 4 meters. Regardless, the camera is also able to combine several images of an object larger than its scanning range, such as vehicles, into a single 3D point cloud through instant meshing.

Additionally, the 3D MotionCam does not require any calibration for scan alignment when producing a high-accuracy 3D point cloud, making processes more efficient and less time-consuming. This is especially helpful for car inspections, as the Photoneo 3D MotionCam is able to produce a 3D map with color information. This allows inspectors and users to identify any damages on the rented car after customers return them, smoothing out the automated inspection process.

Get in touch with us here to learn more about using Photoneo 3D MotionCam in your applications!