Discontinued CCD Sensors? Here’s How To Replace Them!

This technical note explains how users can replace their discontinued Basler cameras with CCD sensors using Basler’s Pixel Beyond feature in their ace2 PRO cameras.

While constantly improving technology is very beneficial in this day and age, older products that have just been produced may be discontinued quickly. For example, in 2015, Sony announced that they were discontinuing the CCD sensors and changing them into CMOS sensors instead.

This affected many users who had the discontinued Sony CCD sensors inside the camera. This brought inconveniences to users who might need a replacement for the CCD sensors and not the whole camera. However, users are not able to solely change the sensors, as the rest of the camera might be incompatible with the CMOS sensor.

Here is the list of discontinued Sony CCD sensors in 2015:

Basler ace2 PRO cameras offer a Pixel Beyond feature which allows users to reduce the resolution of the image output by the camera. This feature is like a binning feature, but it provides a more flexible adjustment to the resolution by using a decimal number. By using the powerful Field Programmable Gate Array (FPGA) in the ace2 PRO camera, this pre-processing of the pixels takes place directly in the camera. Therefore users do not have any additional latency.

Pixel Beyond is able to reduce the amount of data and allow users to get more bandwidth. The signal-to-noise ratio will improve when using Pixel Beyond, and the field of view will be maintained when the resolution is reduced. The main reason for introducing Pixel Beyond is that it allows the ability to simulate bigger pixel sizes to replace discontinued CCD sensors. To simulate a bigger pixel size, users may use the formula below to get the appropriate Pixel Beyond scaling factor (range only between 1.0 to 2.8):

For example, if a user were to replace an ICX424 sensor with a resolution of 659 x 494 and a pixel size of 7.4µm, an IMX541 sensor of a2A4504-5gmPRO with a pixel size of 2.74µm would be suitable for replacement. To find the camera’s resolution, the appropriate scaling factor would be 2.701, which makes the resulting resolution 1667 x 1667. As seen in the resulting images, the grey values obtained from an IMX541 sensor are similar to those obtained from the ICX424 sensor. However, users would need a higher exposure time to get the same quality as the older sensor.

The scaled ROI can be calculate using below equation: 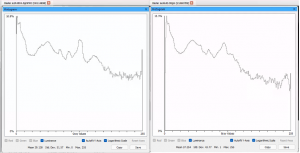 In summary, the Basler a2A4504-5gmPRO is most suitable as a replacement for cameras with the ICX424 sensor since it has a Pixel Beyond Scaling factor of 2.701, and will provide a larger field of view than the previous camera.

Still unsure of the perfect replacement camera models for your applications? Talk to us, and we’ll be more than happy to help!

Contact Us
Discontinued CCD Sensors? Here’s How To Replace Them!2022-07-082022-07-08https://www.sodavision.com/wp-content/uploads/2022/05/sv_logo_k.webpSoda Visionhttps://www.sodavision.com/wp-content/uploads/2022/07/ccd-sensor-replacement-feature-image.jpg200px200px
Got Questions?
Latest News
All News
ENABLE VISION+ FOR EVERY INDUSTRY