How To Read Tyre Codes Accurately with Machine Vision

This application note aims to introduce and educate vision engineers on the Photometric Stereo technique as one of the ways to measure surfaces with protruding and indented texts and codes on objects such as tyre surfaces.

Photometric Stereo is a computer vision technique for measuring the surface normals of objects by examining them in various illumination conditions. In other words, it combines multiple images of the same object or scene captured under different lighting angles to produce a single enhanced image. It is based on the idea that the amount of light reflected by a surface depends on the object’s orientation to the light source and the observer.

The codes on tyre surfaces are essential for all vehicle owners or people in the automotive industry, as it includes the size, weight, speed rating, and profile of the tyres. Under normal lighting conditions, reading tyre codes might be easy for a regular person. However, the same task might be difficult for a machine to carry out under the same lighting conditions. Texts and codes on tyre surfaces may be unapparent and undetectable under conventional lighting techniques due to the various orientations and similar dark coloured texts and backgrounds. 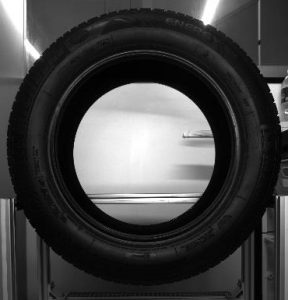 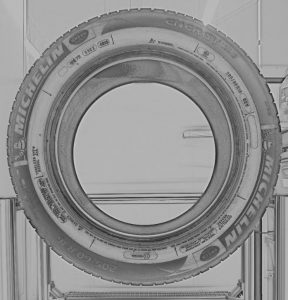 To combat this problem, the SODA VISION tech team used the Photometric Stereo technique, alongside Basler a2A5328-15umBAS, Computar V0828-MPY2, and Matrox Design Assistant, to expose the protruded texts on tyres. 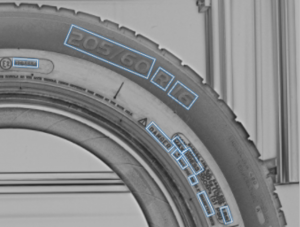 The Photometric Stereo technique is able to capture surfaces that have protruding and sunken features, surface reflectance changes, and surface defects. Some of these surfaces can include tyres and metal cans.

This technique usually emphasizes surface irregularities and reflectance changes that are not visible in an image with a singular light source. This, in turn, improves the success rates in inspections as a more precise image is formed.

If you would like to learn more about applying the Photometric Stereo technique in your projects, reach out to us, and we’ll be more than happy to help you out!