Red vs Blue – Battle of the Lasers!

This application note compares the difference between red and blue lasers when shone on different metal surfaces.

Living without lasers in this day and age would be impossible, as a lot of our technologies rely on lasers. While the most common laser type one would think about is the red laser, did you know that there are many different types of lasers available for other uses? For example, blue lasers emit light beams at 450 nm, mainly used in dental surgeries, and green lasers emit light beams at a wavelength of 520 nm, which are primarily used in laser therapy. However, while red lasers are commonly used, there are some limitations to the applications one can carry out using red lasers. 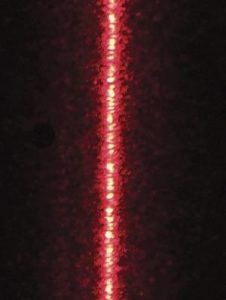 Figure 1: Image of red laser on metal surfaces, resulting in an effect known as laser speckles.

This would be most evident in applications scanning the surface of metals. If a user applies the red laser for 3D vision to inspect metal surfaces, it will create random dark and bright spots in the image effect. This may be due to the wavelength the red laser is emitting light beams at, which is 650 nm. This effect is also known as speckles, and laser speckles would usually reduce the accuracy and sharpness of a scanned object.

Knowing that there are several other laser colours, which one would be the best for applications with metal surfaces? 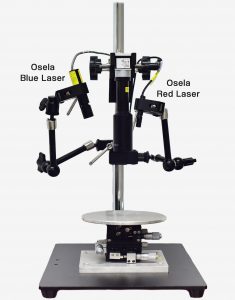 For this experiment, the SODA VISION Tech Team compared the red and blue lasers on three different types of metals. Using a Basler acA2500-14uc camera, a Computar TEC-M05110MP lens, and Osela Red and Blue compact lasers, they captured three different images of the lasers beamed onto metal without surface finishing (an art knife), metal with anodise coating, and metal with grey-powder coating. 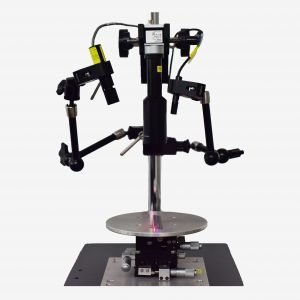 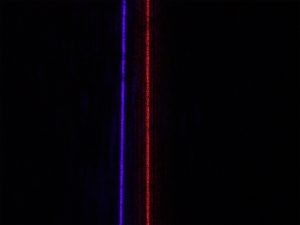 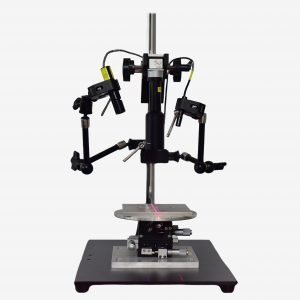 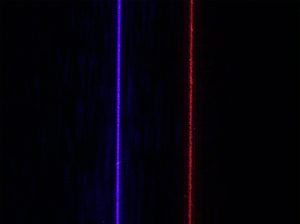 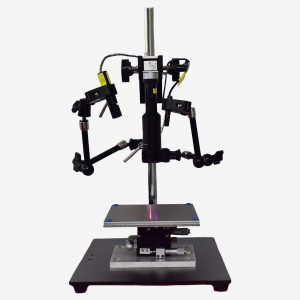 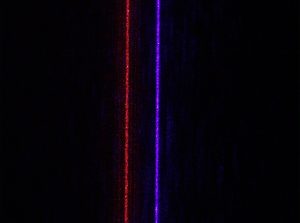 Although both lasers produced speckles due to the metal surfaces, they found that the blue laser generally created fewer and less apparent speckles as compared to the red laser, making it the most suitable for applications with metal surfaces. If a metal object were to go through a 3D scanner, the red laser would produce more speckles, resulting in a non-accurate point cloud. This, in turn, would affect the object’s 3D CAD (computer-aided design) models or quality inspections. On the other hand, the red laser would be better suited for moving inspections or applications with laser measurements due to its high precision and highly uniform line.

Find out how you can utilise coloured lasers in your applications today!