14 August, 2019. Photoneo released the Bin Picking Studio 1.3.0. Our main effort and focus has gone into improving the user experience.

From now on the user will be able to import solutions from versions 1.0.0., 1.1.0. and 1.2.0 and thus save a lot of time thanks to the import converter which enables backward compatibility.

Path Planning is not a simple task and we are continuously testing and evaluating new approaches. While one approach suits certain types of applications, it might not be the best solution for others. From now on the customer can decide for and select one of the following approaches:

– The first option provides high speed, however, it requires a precise definition of robot joint limits for optimal trajectories planning.

– In the second option, the path planner is able to compute much more fluent trajectories, however, the overall speed of path planning is slower.

Sometimes the environment might not be as difficult as to justify complex path planning. We have integrated a path planner selection in 1.3.0. where the user can choose from the following options to influence the cycle time:

– Path planning for all trajectories: this configuration has been taken over from the previous versions of the Bin Picking Studio. The trajectories between all waypoints are computed by the path planner. For all of them, collision checking is enabled. This is the safest way to execute bin picking routines and BPS studio users are strongly encouraged to use this setting.

– Path planning off: This configuration poses the greatest risk. This setting is not recommended for end users unless they are very advanced.

We have integrated a solution switch command to handle different bin picking tasks on different working shifts. It is now possible to switch a running BPS Solution over to another one in the robotic controller with the solution switch request. Please refer to our extensive robot module documentation for more details on the implementation of your robot brand

Over the past releases, the community of experienced Bin Picking Studio integrators was formed. These users can now make use of the following, more advanced settings:

– Use a fast scan: a fast scan dramatically lowers the scanning time by triggering only the fast acquisition and computing only those parts of the scene which have been changed in comparison to the previous scan.

– Translation threshold: the minimum part displacement allowed to identify a part translation from the current scan as a duplicate of a part from the previous scan.

– Rotation threshold:  same as the offset threshold, but related to the rotation of a part.

Gripping point IDs: users are now able to redefine the IDs of gripping points in the grasping method.

All numbers reported in calibration and robot joints are now rounded.

Photoneo engineers are ready to help you with the deployment process. In case of error, press the Download logs button on the deployment page and send the file to our support department for a quick analysis.

We have enhanced the web 3D visualizer to offer better investigation options, camera controls and significantly better rendering performance. The number of point cloud points in the visualizer has been increased by ten times.

All help texts and tooltips have been carefully reviewed.

The documentation has been updated with new sections which contain detailed descriptions of changes in previous versions and picking path stages configurations.

The bin-picking training material is now available as a built-in documentation.

Virtual robot: when an object cannot be picked, the user does not only see the status of the part and the reason why the computation has failed but, in some error cases, also the virtual robot in a problematic state. Debugging has never been easier!

Another major feature is called Teaching Gripping point. Setting up a gripping point is now even easier.

The family of robotic brands has been extended by beta support of selected Yaskawa controllers and Nachi controller type CFD. 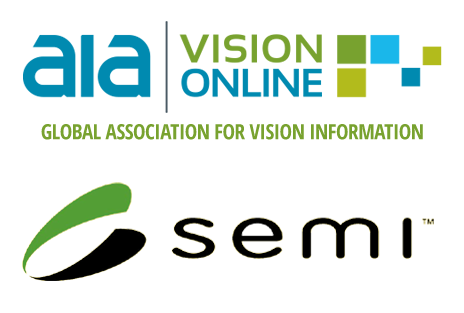